Gay Marriage Does Not End the Fight

Across the world, the marriage of same-sex couples has been a topic of politics in the news and everyday life for the last several years. In my Communication Ethics course I took during my time studying away at Northern Arizona University, I wrote a paper on the topic of gay marriage and how there is still a lot that needs to be done to achieve true equality for the LGBTQ+ community. This assignment meets the criteria for the Communication and Media Studies learning outcome “The ability to analyze and explain the moral, ethical and cross-cultural dimensions of messages”. Though news messages make the legalization of same-sex marriage seem like the final battle to win a war, people who are apart of the LGBTQ+ community continue to be discriminated against in the work force and some even still face violence solely for being who they are.

LGBTQ+ rights and equality is something that I have been interested in learning more about for many years, so I took the opportunity to do more research on the topic to learn more about what needs to be done to achieve equality for the LGBTQ+ community for my final paper in my Communication Ethics course. Through doing this research, I was able to explain how there are still moral and ethical issues involved with the LGBTQ+ community despite the legalization of same-sex marriage. I learned more about a culture and a group of people that I wanted to learn more about and explored the problems that members of the community continue to face in a fast growing open-minded world.

For this assignment, I analyzed news reports relating to discrimination and violence that members of the LGBTQ+ community face internationally. I looked at articles from Afghanistan, France, and in America, and they all reported cases of discrimination and violence within the last five years from the time this paper was written. I believe this exemplifies the CMS learning outcome “The ability to analyze and explain the moral, ethical and
cross-cultural dimensions of messages” because I highlighted the importance of continuing to fight for LGBTQ+ rights and equality by analyzing news reports from around the world, even from countries that have legalized same-sex marriage. 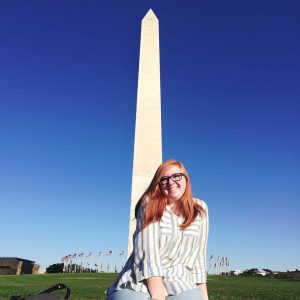